FOR FREE, JUST COME ON IN

11am-2pm Inverse, a virtual and augmented reality studio, is opening its doors to St Kilda Film Festival attendees for a day of exploration. Focusing on VR’s convergence in music and theatre, the day will feature demonstrations, talks and open discussions on the possibilities of merging  technologies and art.

From 11am, there will be an opportunity to visit Project Redstone, Inverse’s made-for-VR studio space with VR demonstrations taking place until 2pm.

At 2pm, there will be an hour long panel discussion, focussed on the topic:

“Convergence: How filmmaking and storytelling techniques are being retold with Virtual Reality technologies?”

This talk will cover:

The panel will consist of:

Alwyn Hunt works as a Strategic Business Developer within the 3D & Immersive division of Adobe and is also the co-founder of The Rookies. He worked as a character texture artist in the visual effects industry for over 20 years, working at several studios around the world including Sony Imageworks, MPC, DNEG, Animal Logic, Rising Sun Pictures, and Weta Digital. His main film credits include Harry Potter, Watchmen, The Wolfman, Alice in Wonderland, John Carter, The Hobbit 1 & 2, Logan, Thor: Ragnarok and more recently Tomb Raider & Game of Thrones.

Darren Vukasinovic is CEO of Inverse, and Melbourne based XR studio Ignition Immersive, with over 25 years experience across film and technology and 8 years dedicated to XR. From creative direction and producing award winning VR installations and documentaries through to broad industry & government consultation and advocacy, he believes in the rapidly evolving potential XR as a horizontal technology: one that will accelerate virtually every industry and enable entirely new consumer experiences, fundamentally shifting modern connectivity towards an Internet of Experiences.

Jesse Barratt is CEO and Creative Director of Inverse. A Melbourne born Art Director, 3D Artist and Creative Strategist, Jesse has  spent a decade working with Art and Interactive media, along with creative direction for multibillion-dollar tech companies such as EA, Magic Leap and Weta Workshop, Jesse knows what drives players to sold-out launches, DAU conversions as well as what makes an IP look and feel its best, both technically and aesthetically. 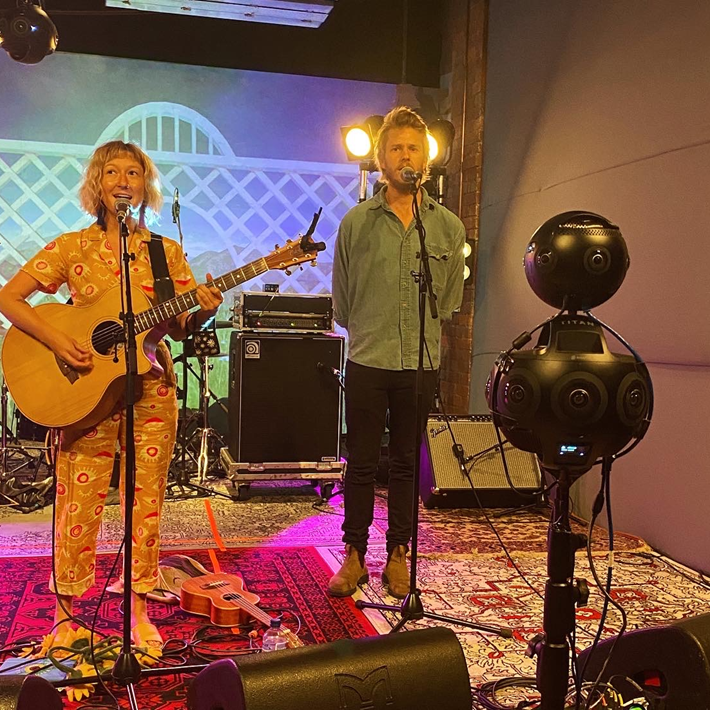